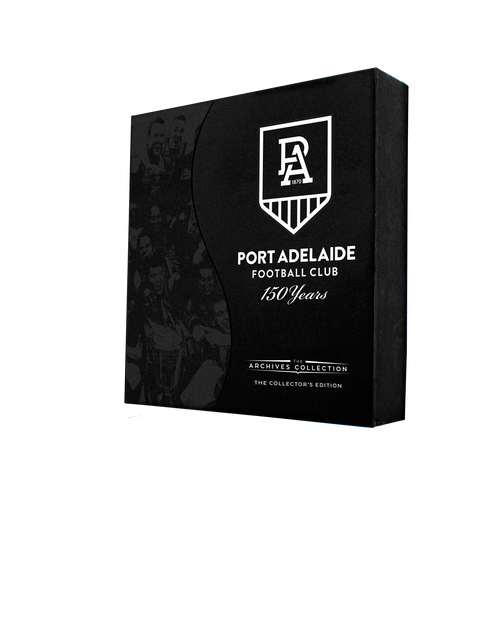 Marking the club’s 150th anniversary, this book chronicles just how a juggernaut from Alberton was created and how it was loved and loathed in equal measure.

Every page gives an insight into the people, the premierships, the politics and the ultimately the Power at Australia’s most successful footy club.

The Archives collection includes a range of lift out memorabilia including a replica of Travis Boak’s first AFL playing contract, coaching notes from Shine Hosking.